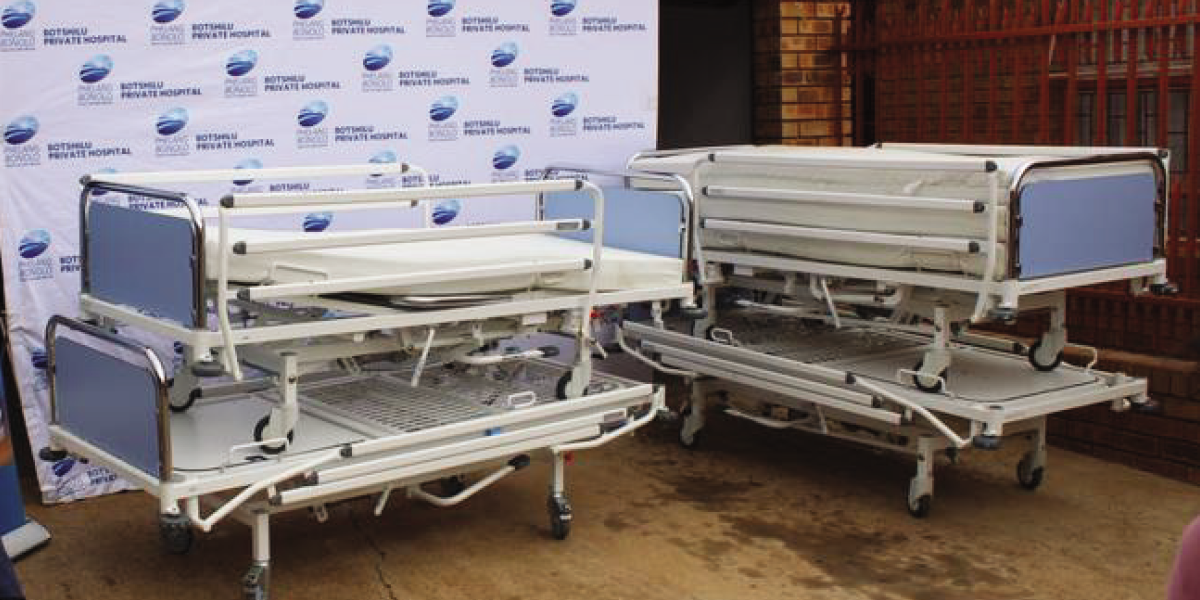 Botshilu general manager Gerrit van der Berg said they aimed to make a difference by reinforcing their commitment to uplifting the disadvantaged communities they served. He said clients from
Soshanguve, Winterveldt and Mabopane had shown them immense support, and this motivated them to take part in community initiatives to make a difference in the lives of the people.

“We looked at various facilities around us that were in dire need of help, and we assessed the situation and challenges they faced. We found that most of these centres were struggling with some of the most basic of things.”

Tiny Koitsiwe of Good Hope Community Child and Youth Care Centre said they were catering for 20 children, but the numbers constantly changed. She said she was eternally grateful for the beds, especially because they had really old beds.

During the visit yesterday, the centre was without electricity and Koitsiwe said the blackout had been going on for six months, and the children used candles to study.

Kagisong Hospice staff and the members of Botshilu Private Hospital next to the beds that were donated. Picture: Chelsea Ntuli

Founder of Kagisong Hospice Olifie Lukhelani said they were taking care of six people. The roof of the house they used was collapsing and Lukhelani hoped they would get funds to fix it.

Rosina Kgatle, who has been working there for 10 years, said they had a huge challenge with the mattresses because elderly people often messed up the beds which they had to wash and sterilise.

“Some people here have arthritis, they can’t do anything. We take in all patients irrespective of what disease they are suffering from. We have partnered with other hospitals as well and we have been operating for more than 10 years,” said Lukhelani

Botshilu founder and chief executive Dr Jacky Rampedi said moving forward, the hospital in partnership with the staff and doctors, intended to adopt the selected facilities. These would receive more donations.

Decide which cookies you want to allow. You can change these settings at any time. However, this can result in some functions no longer being available. For information on deleting the cookies, please consult your browser’s help function. Learn more about the cookies we use.

With the slider, you can enable or disable different types of cookies: